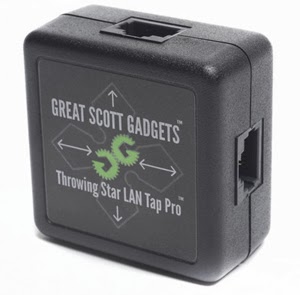 Xbox One - Capturing the Configuration Traffic

Before launching into the setup of the X1, here are some of what we are interested in on this gaming platform:

The first thing I wanted to do was collect as much information as I could about the X1’s setup process.  To do that, I used the wired network connection to setup the X1 and put a Throwing Star LAN Tap Pro in the middle.

The bi-directional arrows indicate the ports that traffic will be flowing through.  One of these ports was connected to the X1 and the other to my switch.  I then added two Ethernet adapters to a spare Mac and plugged them into the read-only ports of the tap.  In this case, these are the two ports with the single direction arrows.  One thing to keep in mind is that each of my network adapters are only seeing half of the conversation as it goes by.  For example, en5 will only see the traffic leaving the X1 and en6 only sees the data going to the X1.
With the physical setup complete, it was time to start my packet captures and fire up the X1!  I decided to just use tcpdump to capture the data and use Wireshark for analysis later.  (Xquartz wasn’t setup on the system I used to capture the traffic, hence the decision to use tcpdump.)  I opened up two terminals and ran:
sudo tcpdump -i <ethernetAdapter> -nnvvXSs 0 -w /path/to/files.pcap
Each option translates as follows:
Each command referenced a different network adapter and wrote to a separate pcap.  With tcpdump up and running, I turned on the X1 and started the setup process.
Analysis of the data I collected is still to come and will be in a future blog post.  However, the setup process allowed me to capture a lot of data.  For example, I captured a large system update, setting up my profile and the ability to sign in by just being in the room.  (The facial sign in feature has already been fun as it creeped my wife out by signing her in when she sat on the couch next to me last night.  🙂
More to come soon!

Jason Wood is a Senior Security Consultant at Secure Ideas. If you are in need of a penetration test or other security consulting services you can contact him at jason@secureideas.com or visit the Secure Ideas – Professionally Evil site for services provided.

If you haven’t seen it in the news, you must not have any technology close by.  That is right.. another story about heartbleed.   But this is...

This week we are returning back to our analysis of the Xbox One and checking out some of the data we gathered during the last post.  I know some...

The Internet was built to be a platform to share information remotely.  Since it was created, sharing everything about ourselves and others has...